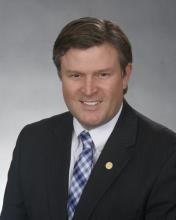 Wm. David McClendon Jr., MD originally from Newton, MS is a board certified internal medicine specialist in downtown Ocean Springs, MS. He played varsity tennis for Mississippi College and completed medical school at the University of Mississippi School of Medicine in 2003. He completed the combined Internal Medicine/Pediatrics at the University of Mississippi Medical Center in 2008. In 2005, he took leave to be the Health Fellow and acting Health Legislative Assistant for U.S. Senator Thad Cochran in Washington, DC.

He began his career as a hospital based Internist at Singing River Health System and developed a passion for high quality hospital medicine. He then was the first medical director of the hospital physician group at Biloxi Regional from 2011 to 2015. While at Biloxi in 2013, he received the Apogee Physicians Program Director of the Year Award out of 120 Hospitalist programs across the country. In 2016, he started a traditional solo practice in Ocean Springs, MS.

He has been Chief of Medicine at both Ocean Springs Hospital and Biloxi Regional. He has been a member of the MS State Medical Association Board of Trustees as a medical student, resident, young physician and in 2016 as the Coast representative to the Board. He currently serves on the Merit Health Biloxi Board of Trustees.

Dr. McClendon has served on the Mississippi Board of Medical Licensure since 2016 and is currently Secretary of the Board. He is a member of First Presbyterian Church, Ocean Springs and is a very active husband and father.