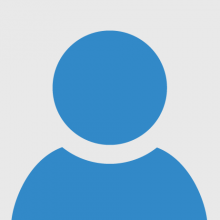 Doctor Loper is a native Mississippian from Jackson.  He is a graduate of the University of Mississippi School of Medicine.  He has practiced family medicine for over 33 years, twenty eight of those years being in Ridgeland, Mississippi.  He has served on multiple boards including Make-A-Wish, Catholic Charities and Saint Joseph Catholic School.  He has also served in several leadership positions at Saint Dominic Memorial Hospital and is the current Chief of Staff.  He is a fellow of the Academy of Family Physicians and a member of the Mississippi Academy of Family Physicians, where he previously served as board Treasurer.  He and his wife, Sonya, have three children.  When not working, he enjoys spending time with his family, playing golf and attending Ole Miss sporting events.  He is honored to serve on the Licensure Board and grateful to Governor Tate Reeves for this opportunity.